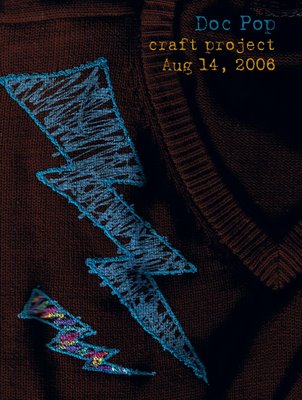 There had been a few posts up on makezine regarding bleach effects on shirts. It all sort of reminded me of some of the stuff I used to do while dying yo-yo halves, so I decided to try to mix the ideas together.

The basic idea of the bleach work is to take a mister (spray bottle, whatever) and put bleach in it. Then cut up a stencil, put it on a shirt, and evenly mist the stenciled area with bleach. Now, the basic idea of my yo-yo dying was to take an object and apply either a soft mask or a hard mask on it before dying it. A soft mask, such as dish soap, will give you a cool marble effect. Where a hard mask, such as Elmer’s glue or a sticker or whatever, will give you a distinct non-affected area.

So in terms of shirts I tried a bunch of different experiments using my Hand Of Yo logo. In the first attempt, I took a blank blue shirt and randomly squirted some dish soap on it before spray bleaching the shirt. 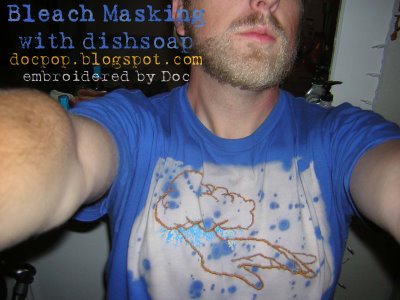 On both shirts I had cut out a large square template to keep the bleach from getting on the rest of the shirt, and I let the bleach sit for about 10 minutes before washing the shirt in the washing machine.

After washing the blue shirt, I screened my logo on, and then followed that print with machine embroidering a thick line.

The red shirt already had the print (although it 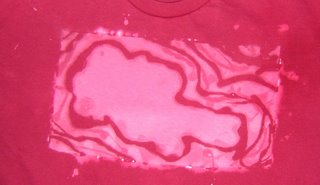 was a little faded), so after washing I just embroidered it (but don’t have a pic of it with embroidery). You can see on the red shirt the different bleach effects from the first misting and the second. Kind of cool.

Not happy with the square template I used, next time I’ll just use some tape as a mask.

Here is one more shirt I embroidered without bleach effect (‘cause its white) and just for the hell of it a sweater (at top) that I just embroidered, once again following a silk-screened image. 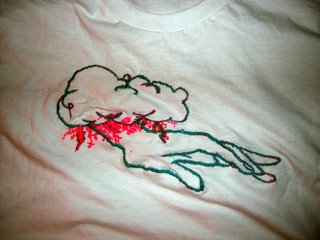 related: I’ll be selling some of my goods (including some of these shirts) at a trunk show this weekend. 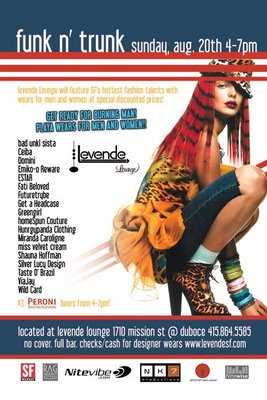