This is long overdue, but I’m posting pictures up from the recent Zine Festival at Cell Space in San Francisco. Here is a picture of Ryan Shiga, the author of Fleep. Meeting Ryan was probably the coolest part of the whole fest for me. 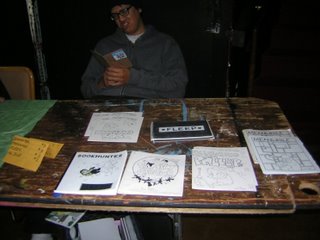 I spent the friday before the event printing up two new comics that were pretty much intended as giveaways or trade for any other cartoonists. The one on the left is sort of an introductory book on what we do at the SFCC and the one on the right is an 8 page linear story called Unicorns Unvenge. 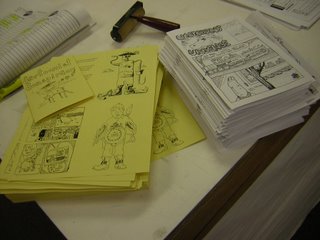 Here is a crowd shot from the main area of the event. Table s around the outer walls, and an island in the middle. Apparently this was the most successful Zine Fest at Cellspace yet, both for the vendors and the promoters (who sold out of tables about two months before the event). 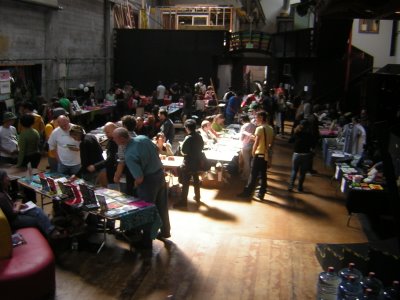 Another crowd shot, you can see fellow conspirator Brian from Atomic Bear Press in the teal shirt. 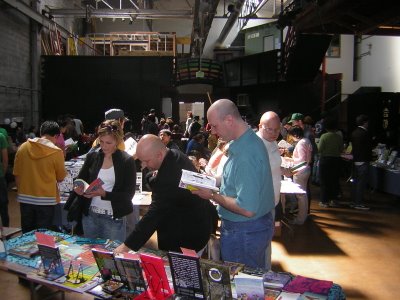 Speaking of Big Bear, here is Brian’s table featuring his Great Chimney comics and Other Worlds (his newest book). 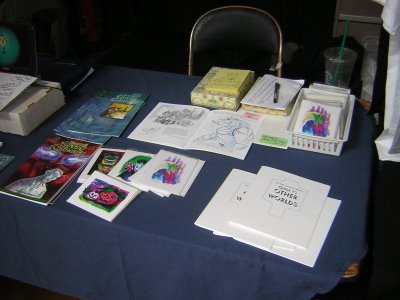 Another conspirator, Jeff Plotkin, tabling his Happy Freak Show comics. I’ve tabled with Plotkin at APE before and let me say that this man is very popular. He’s been plugging away at the comics scene for a long time and has been a fixture of the Conspiracy since the early days. People love his comics and he gets respect for being an extremely consistent creator. 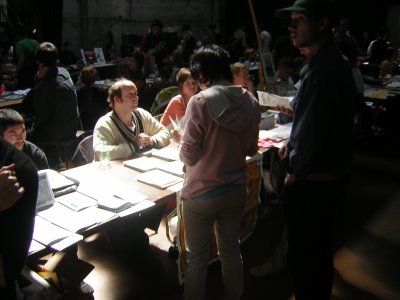 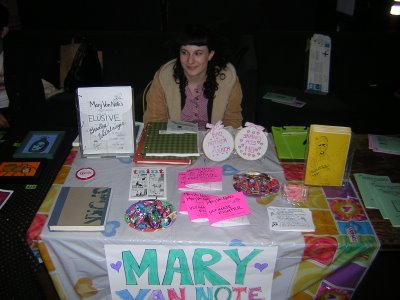 A pic from the entrance to the event, you can see part of a silkscreen workshop in progress. 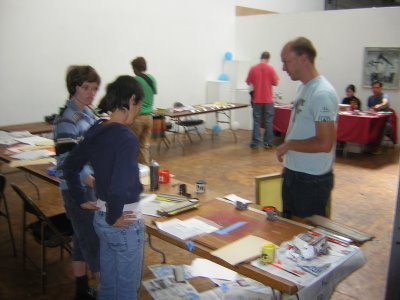 One response to “SF Zine Fest”