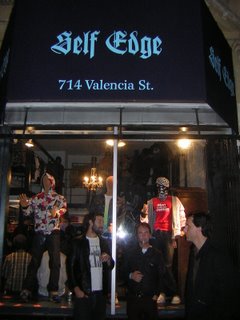 A week ago my buddy Kiya had a grand opening party for his new store Self Edge. Self Edge is a high end denim store, the name is derived from the term selvage.

I had been feeling like I had been lagging behind in crafts, so I decided to challenge myself to a new project for the party. I had found a nice pair of blue jeans on my doorstep, so using my design for my Fat Tie Hats, I made some Blue Jean Hats.

The denim was fantastic to work with, especially after working with ties for so long. I used the pocket lining for the inside of the hat and the linen under the brim. On one hat I used the coin pocket from the pants. On the other hat I added some of the belt loops from the pants and added a belt.

Although cutting the fabric patterns was easy, I had to relearn my stitching. I had good needles for denim, but the thread just didn’t seem to being pulling through right. After a while I got the hang of it though. I did the initial stitches with a darker thread that wouldn’t show up on the material, then after the hat was almost fully constructed I added the golden thread.

Check out the cool gold denim stitches, in particular around the brim where the parallel line split. I usually adorn my hats with a beautifully embroidered Something New Something Old logo, but being that denim is hard enough to work with as is, I would like to come up with a different way to emblazon my logo on these hats.

Even though there was plenty of life to the material, when I finished the hats I thought they looked a little to dull and not aged enough so I distressed them myself using a nail file. I focused at any areas where aging might natural occur and along seams. That faded areas really gave a higher contrast to the material and helped “define” the form of the hats. I might write a little piece about how to distress denim next week if people are interested. 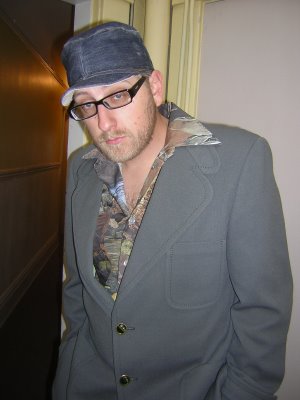 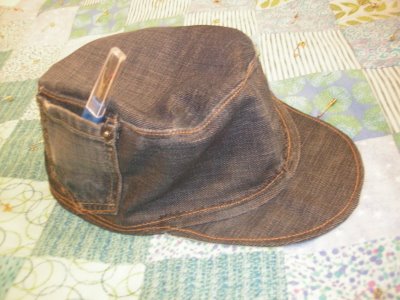 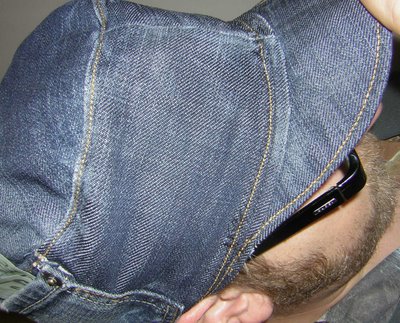 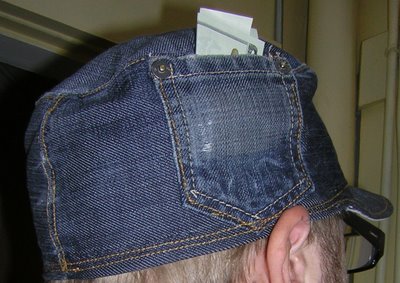 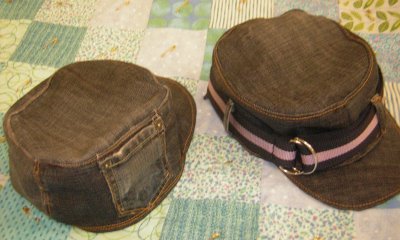 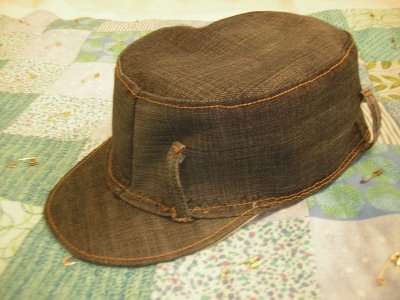 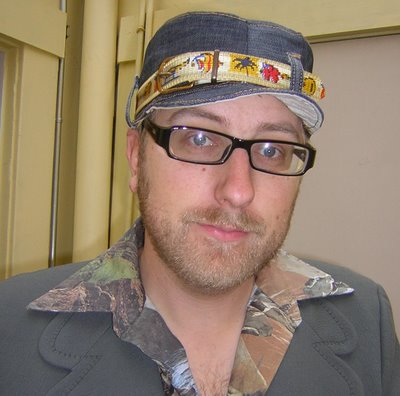 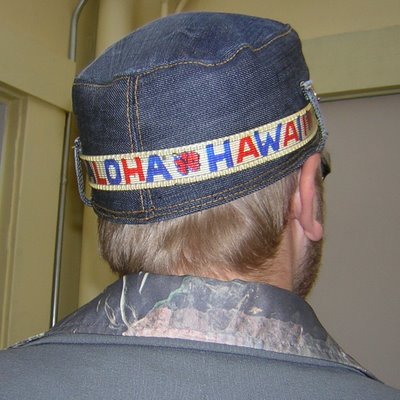