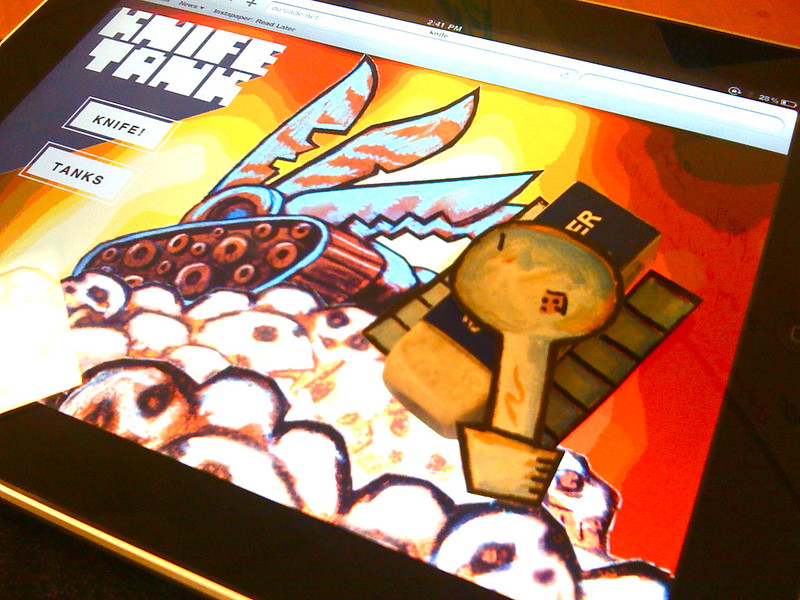 We are ten days into developing KnifeTank, with less than a week left to finish. The game is running pretty smoothly on Safari, but we are hoping to Chrome and Firefox working too by the end of the week. Oddly enough, the game runs pretty poorly on an iPad, which is a shame considering it was Apple’s rave reviews of HTML5 that made us want to try it.

Crashfaster and I spent 10 hours working on KnifeTank’s soundtrack. 9 hours of that was spent tweaking the riffs in MIDInes, followed by a 50 minute recording session where we recreated all the song parts with mouth harps, kazoos, and melodica. The songs sound fantastic, and the interaction between the objects in the game and the audio is pretty dope.

Despite of the initial onslaught of work we were able to get done during out 10 hour game session, the work since last weekend has been pretty slow. Luckily whats mostly left in the game is polish (and multibrowser compatibility) so I’m still hoping we’ll have a pretty dope game ready by next Mondayhole.