I wanted to make Far/Near an exercise in minimalism. The vocals were recorded by singing into the iPhone mic, then recording that sound from the iPhone’s tiny speaker. The music was done with a simple music app called SynthPond. So I wanted to make a simple video to reflect that. I used a Digital Hiranezumi to capture the video, then edited it in iMovie. It’s basically me singing in the rain with footage of my evening commute superimposed over it. 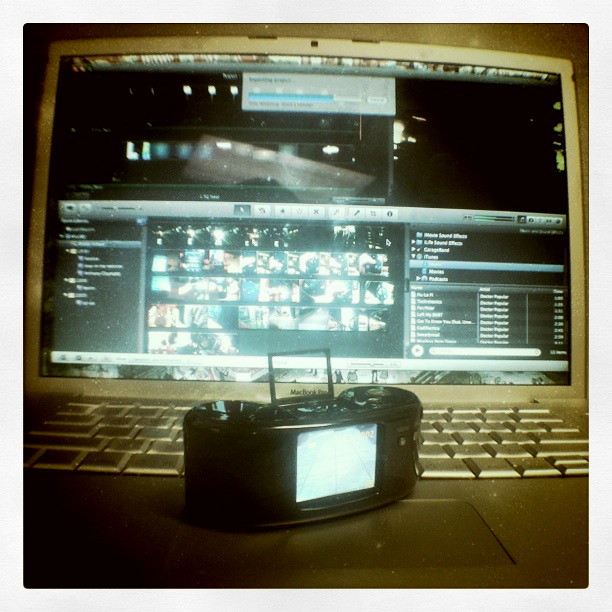