Meredith Scheff, one of my oldest friends and conspirators, is gearing up for her next project. Through the month of January, Meredith will be making a new scarf each day. And not just ordinary scarfs either! If her North Skirt project is any indication, we’ll probably see some neat soft circuit scarfs in the mix. Her Scar-A-Day project has already reached it’s full funding on Kickstarter (but there are still 7 days left to support her more) and she’s been awarded the awesome Awesome Grant, which means she’s all set to spend one more month making art without the hindrance of a day job. You’ll be able to track her progress on her blog at www.ladycartoonist.com.

For a taste of some of her scarf wizardy, check out these pics I took of her Croc-o-dile Scarf: 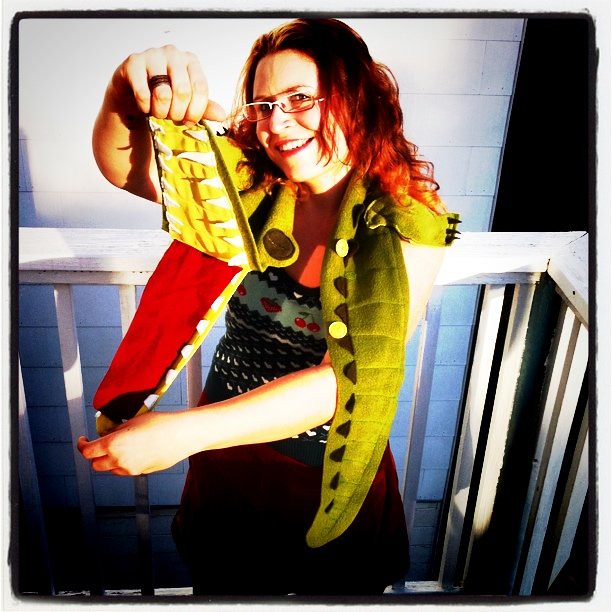 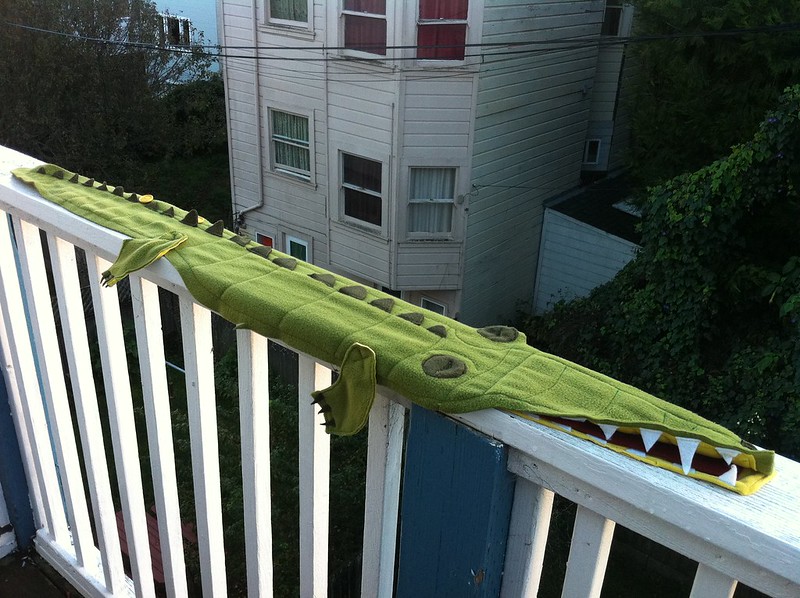