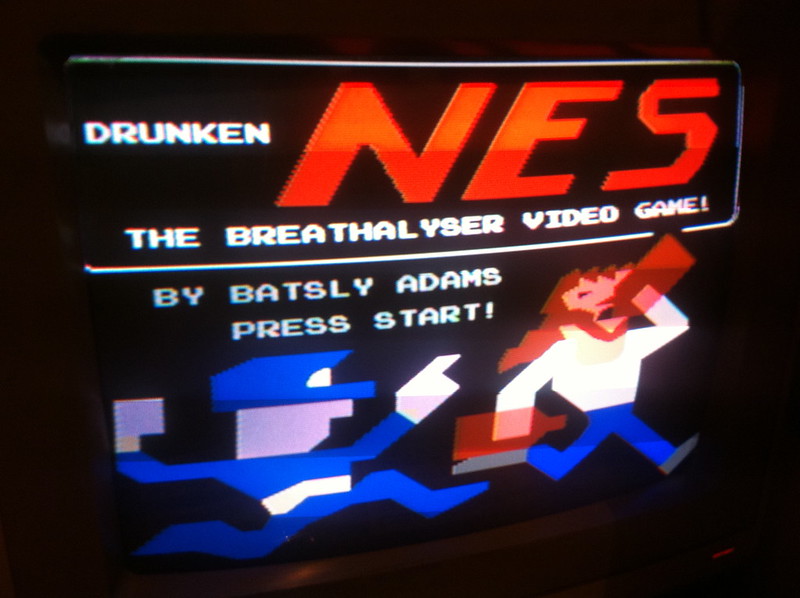 I’m back from my brief east coast visit, where I got to play a really fun show with Minusbaby, Crashfaster, Glomag, and Marieke. It was a HUGE honor to actually get to play my iPhone music at a Pulsewave NYC event after hearing so much about that scene for so many years.

One of the show’s many surprises was a cool homebrew video game by Batsly Adams called DrunkenNES, which was a breathalyzer game for use with Nintendo Entertainment Systems. I wrote a post about it on the LaughingSquidhole, but I thought I’d post some of the pictures I took here: 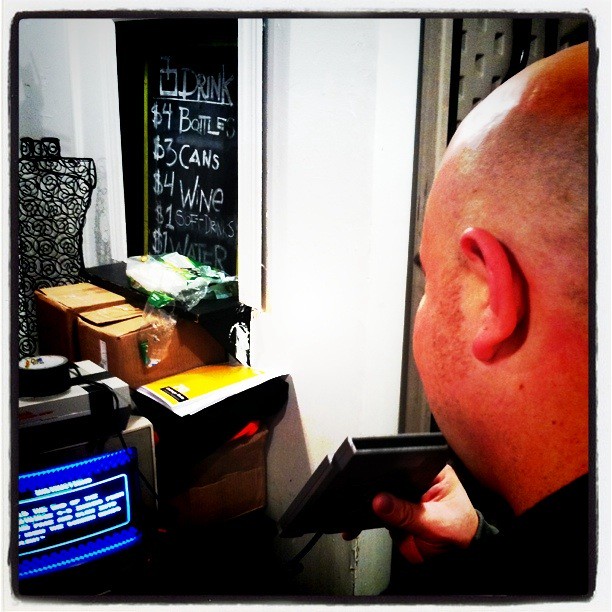 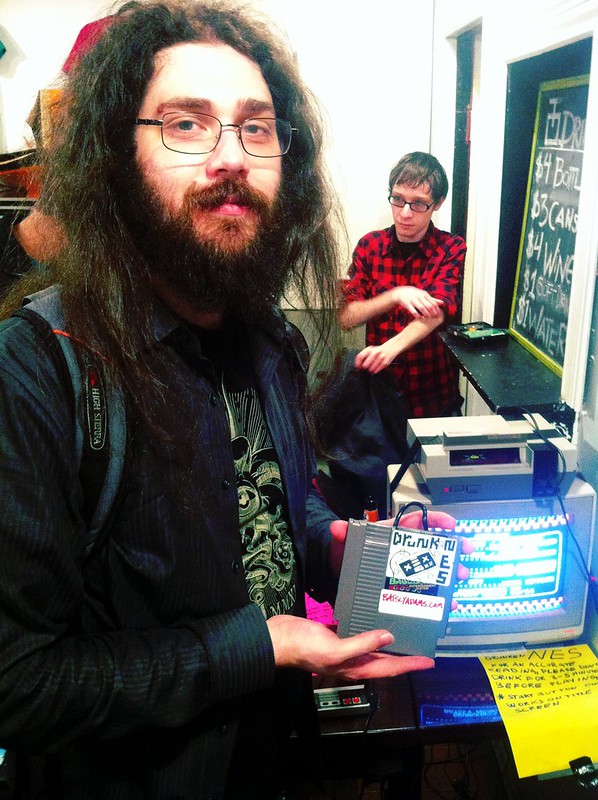 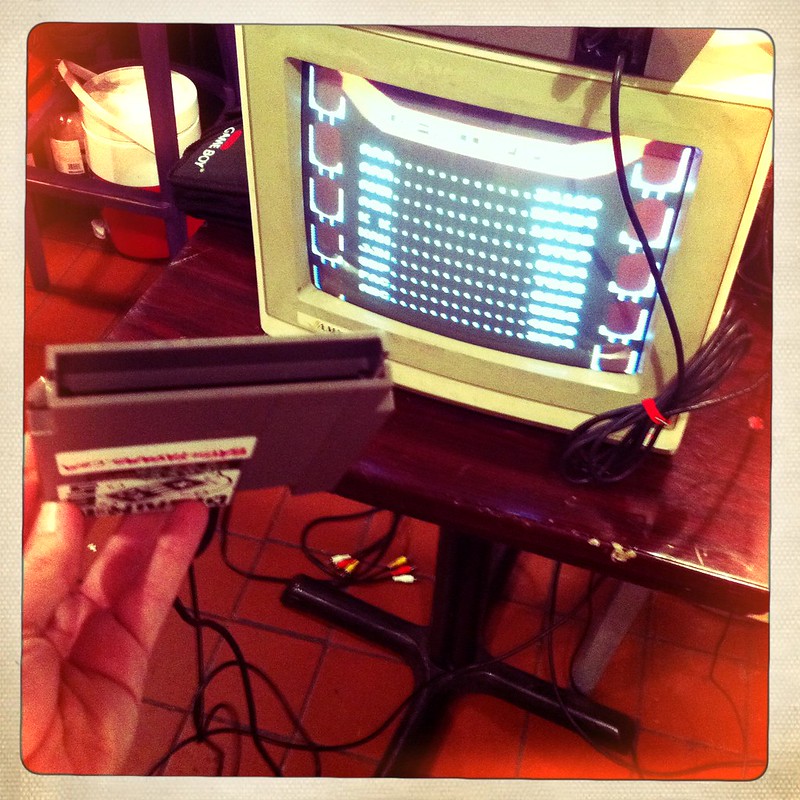