My chats with Peter S. Conrad are becoming the highlights of my yearly visit to the SF ZineFest. Each year Peter has a new comic book that plays around with the comic book format. Last year I blogged about his wonderfully detailed cassette-tape comic, and this year I had a chance to talk with him about the newest issue of his Attempted Not Known comic, which plays around with the idea of a lottery-ticket comic. 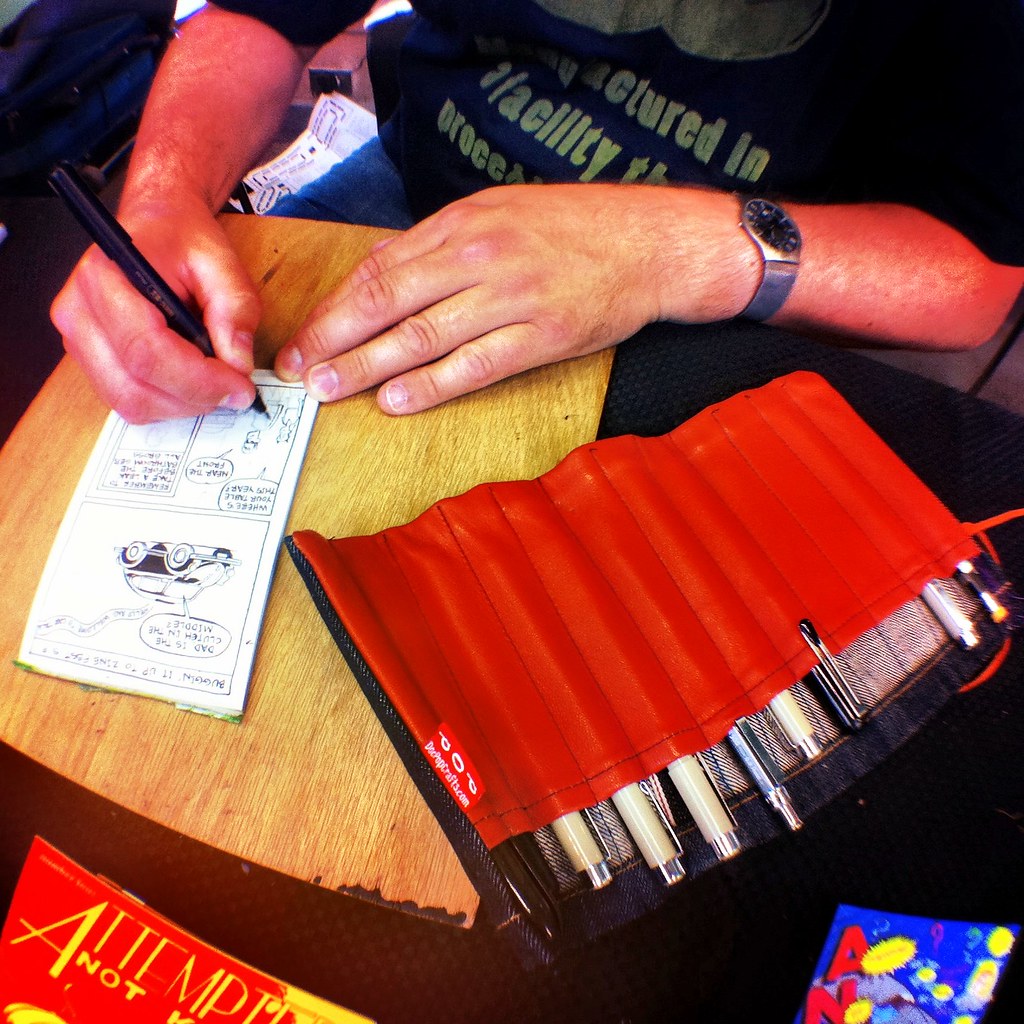 Here’s Peter showing off the denim-pen-case he bought from my table last year.