Jets flying into their own shadows 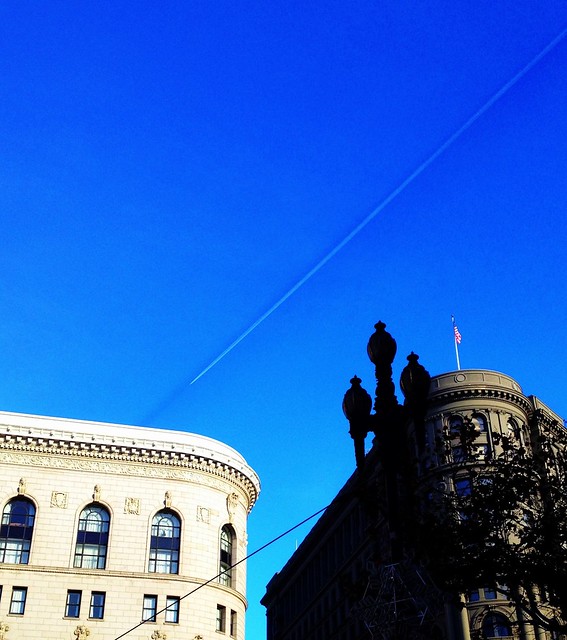 I noticed this dark line running across this morning’s blue sky… It took me a moment to figure out it was created by the contrails of a jet. The cool part was that everything lined up in such a way that the plane was flying directly into it’s own shadow. It was a fun illusion to watch as this dark line slowly turned white as the jet traveled across sky.

I did a little more research into this phenomena and found this great site about contrails and shadow effects. The type of shadow I saw was an Edge Shadow. 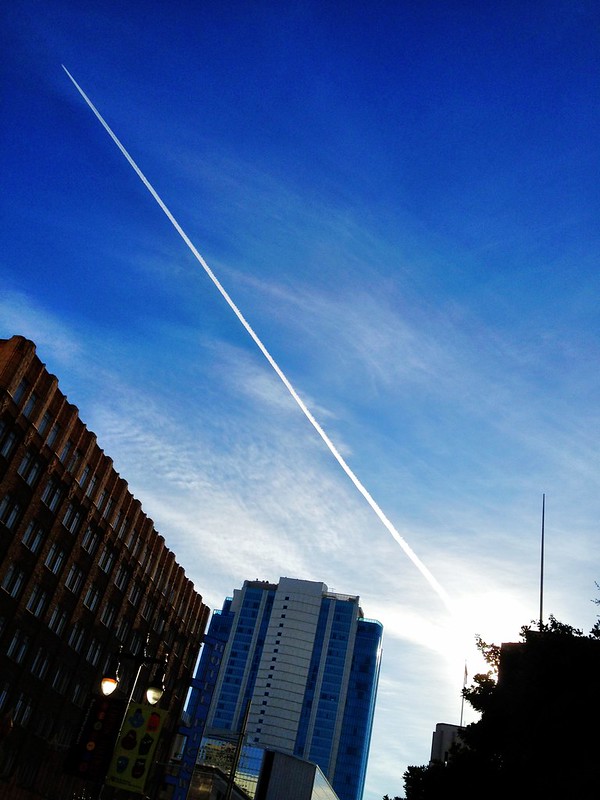