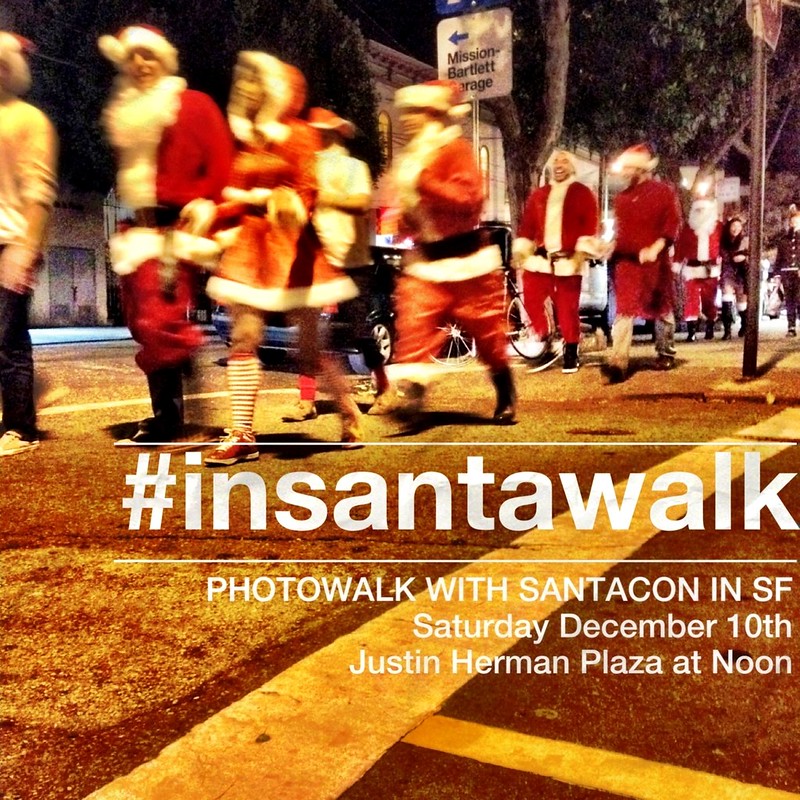 Bring your cell phone and join us for the first ever Santa-themed Instawalk this Saturday! An instawalk is a twist on the traditional photowalk, where participants share their pictures as they go. You can follow the stream of photos by following the #insantawalk tag on Instagram or Twitter. We’ll meet up near the entrance to the ice rink at Justin Herman plaza at noon and will follow the Santacon march for two hours… when we’ll probably split off and get a drink at the nearest bar.