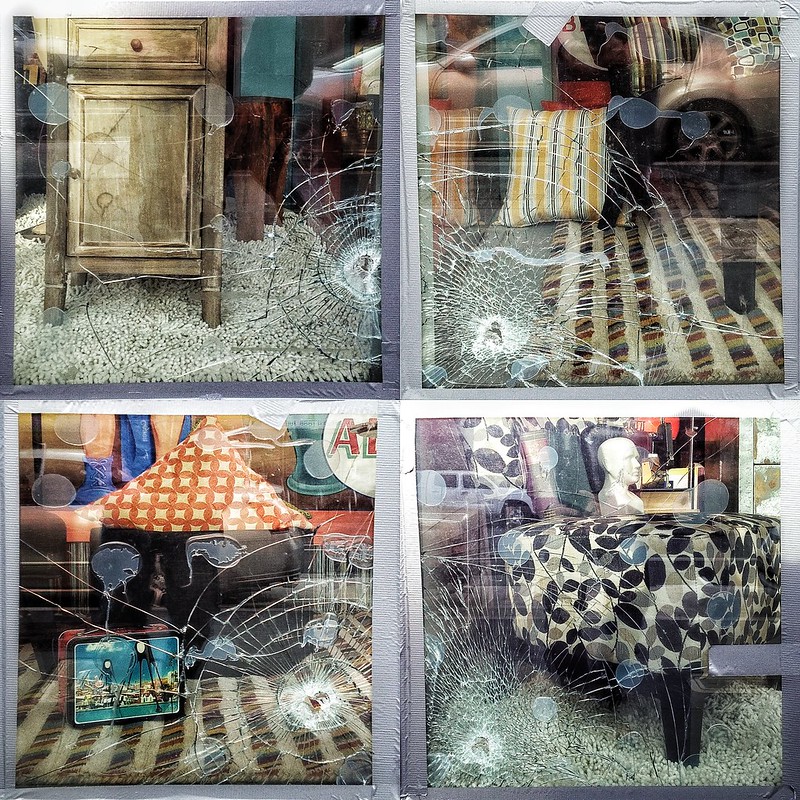 A couple nights ago some assholes smashed up windows and cars on Valencia street as part of a Occupy meet-up gone bad. Some of these locally owned businesses got it worse than others, but you’d have to be a real douche to say that any of them deserved it.

Saw some folks sharing this article claiming the gathering at Dolores was hijacked by agent provocateurs (like the SFPD). I don’t doubt that these folks are probably not regular members of the Occupy community, or even citizens of the Bay Area, but when you have an event described as “We call upon all of our comrades from every corner of the Bay to descend upon Dolores Park for a ruckus street party to counter gentrification, capitalism, and the policing of our communities.” these are exactly the types as dickheads who are going to show up.

I think Jeremy Tooker, the owner of one of these smashed shops, nailed it when he said “This just seems like they’re frustrated with their impotency at this point. It’s like, ‘Look at me, I’m still here, I’m still occupying.’ “

← This weekend in NYC
Had a blast at Pulsewave NYC →