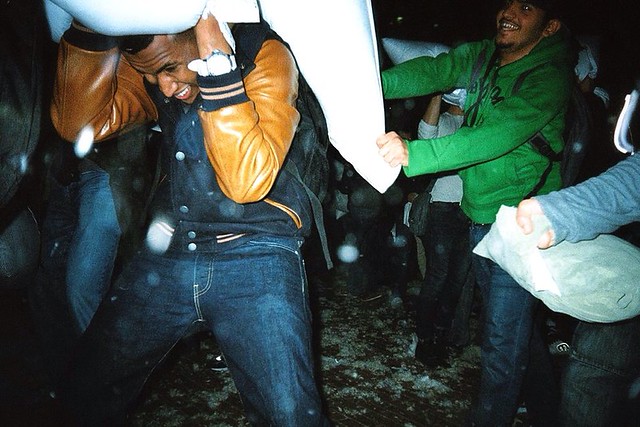 A few shots from the annual Valentine’s Day Pillow Fight in Justin Herman Plaza. Shot with Lomo’s 800 color negative film and some awesome little point and shoot I found at thrift store that week. I can’t recall the name, but it’s an awesome little beater with a 28mm lens. No focus zones and the flash goes off on every shot, but it’s perfect for events like this. 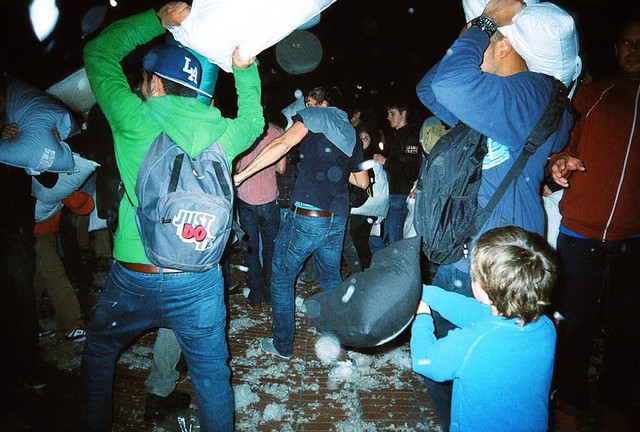 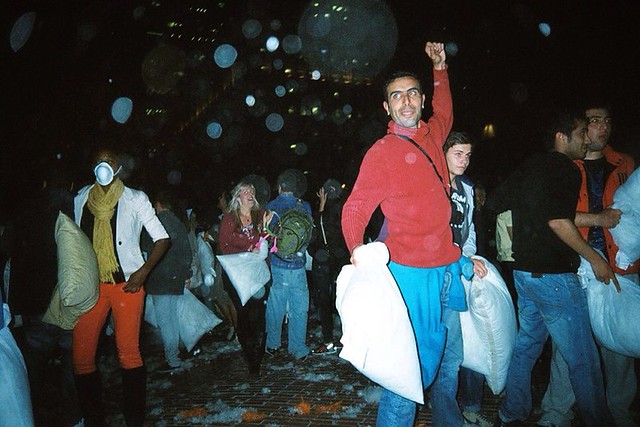 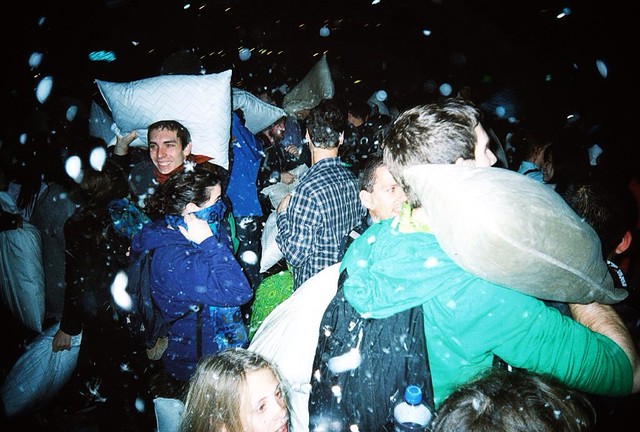