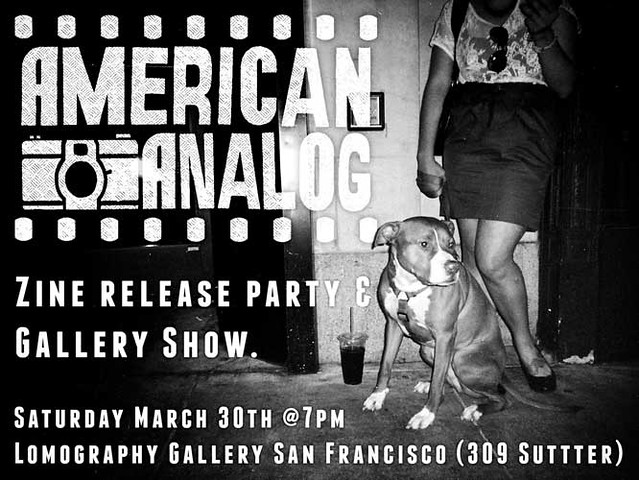 I’ve got a very exciting weekend ahead of me! I’ll be playing a chiptune set the DNA Lounge on Friday night, then on Saturday I’ll be launching the first issue of my new zine!

The American Analog release party will be at Lomography Gallery in SF on Saturday March 30th at 7pm. We’ll have photos up on the wall (thanks to my friends at Photoworks SF), delicious beer (thanks to Speakeasy), and the first issue of American Analog (hot off of Ibarra Brothers presses)!

For those unfamiliar, American Analog is a collection of my own black and white photos from the streets and sidewalks of San Francisco. It was partially funded with Kickstarter so we’ll have rewards for all my the backers there. Copies of American Analog will be $7 at the party, or you can order them directly through my shop.