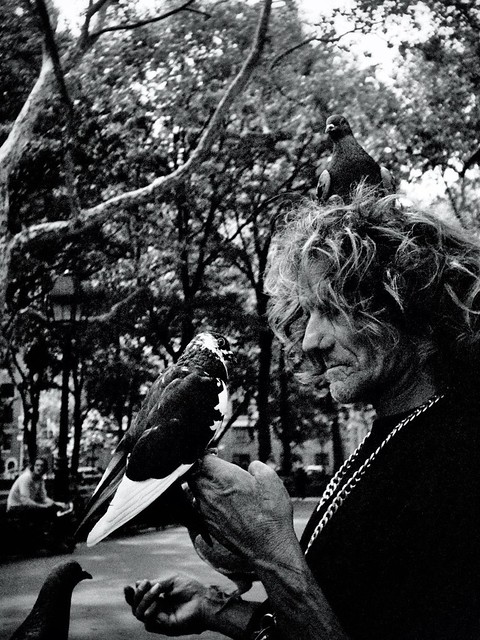 I spent 3 days in New York gathering material for the next issue of my American Analog photo zine. 3 solid days, walking 6 hours a day, all over NYC. I tried my best to avoid the tourist spots, and instead focus on “the real New York”, but in retrospect I think I can see quite a few similarities between NYC’s Washington Square Park and SF’s 6th and Market, where most of my first book was shot.

Take for instance Larry, the “Pigeon Man” of Washington Square Park. I met Larry as I was heading to my teaching gig at Adorama. When I saw him, I put my camera up and just sat and talk with him for a while. After a while, I asked for permission to shot, and took most of these photos without using the viewfinder, so Larry and I could keep chatting. I like the end results and can even imagine using one of these photos as my next AA cover. 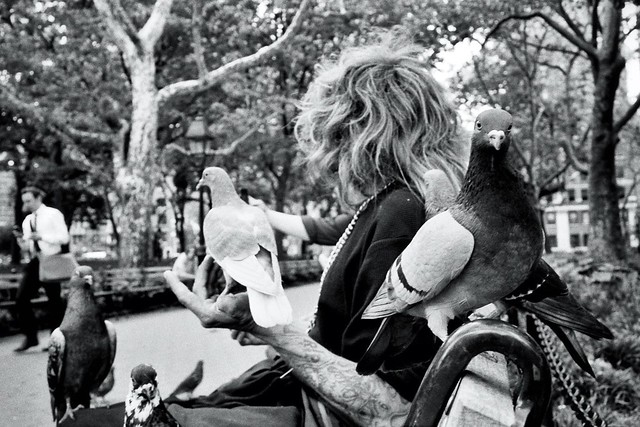 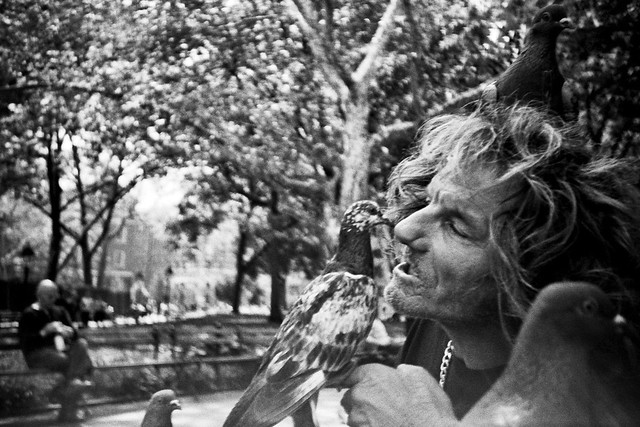 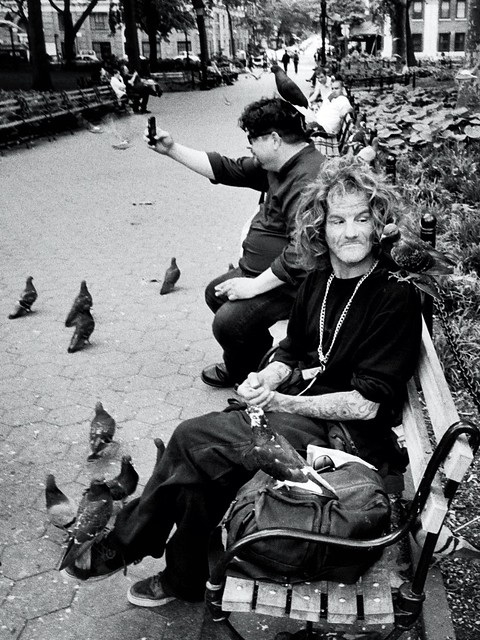