A fan of dentists 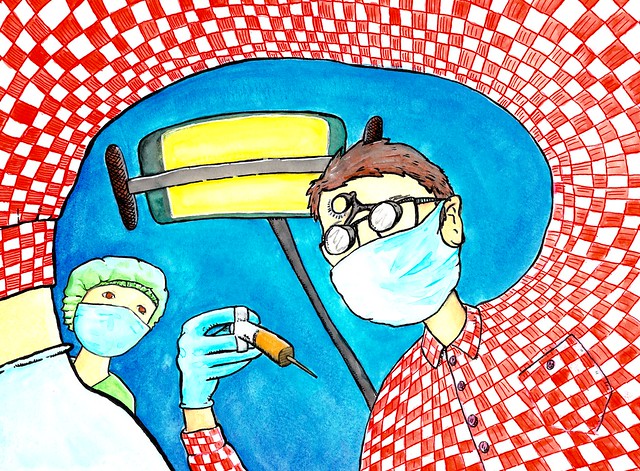 Five years ago, after a trip to a local dentist, I drew this creepy piece depicting the view from a dentist’s chair.

A few years later, in the lobby of another local dentist, I spotted this painting: 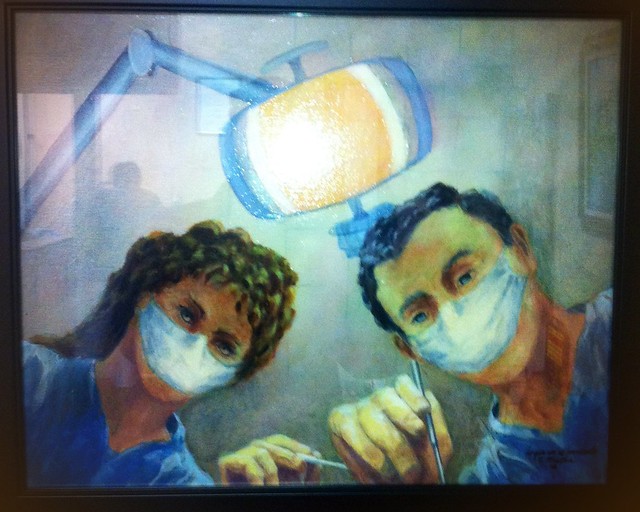 It’s funny that two pieces can look so similar, while have such different intentions. I was trying to show how oppressive it feels to be under the dentist’s knife, but this other artist, who apparently loved his dentist, was trying to create a more flattering view. The dentist liked it so much he even hung it on his wall. I wonder if he would have hung my piece up too. 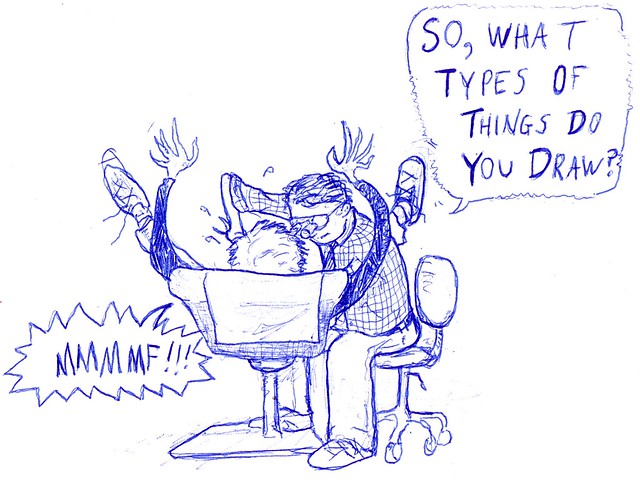 ← Some previews from my upcoming Analog:Glitch show in SF
Stuff I learned from ANALOG:GLITCH →