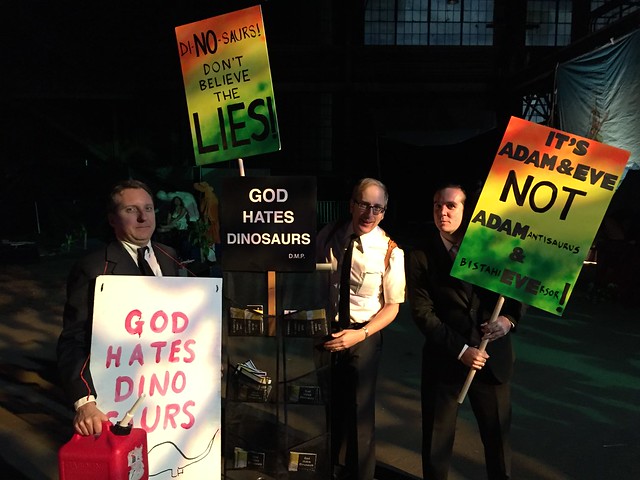 I spent most of this weekend staging a fake protest at Fallen Cosmos in SF. Fallen Cosmos is an immersive art experience happening at Pier 70. Hundreds of artists came together to create installations and art for the show’s attendees. As part of this experience, myself and some friends made some signs about the “myth of the dinosaurs”. I brought 300 copies of God Hates Dinosaurs and handed them out to folks after preaching to them. We started out a bit rusty, but by the end of the show I had a silly rebuttal for just about anyone who wanted to debate with me.

I don’t want to give away too much of the experience, but the folks at Fallen Cosmos have extended the show for one more weekend. There’s one important catch though, tickets are only available to be offered as gifts, nobody is allowed to buy tickets for themselves. If you’d like to go with a friend, it shouldn’t be too hard to figure something out.

If you are interested, and if you live in SF you really should be, you can purchase tickets for your friend for Friday the 6th or Saturday the 7th. 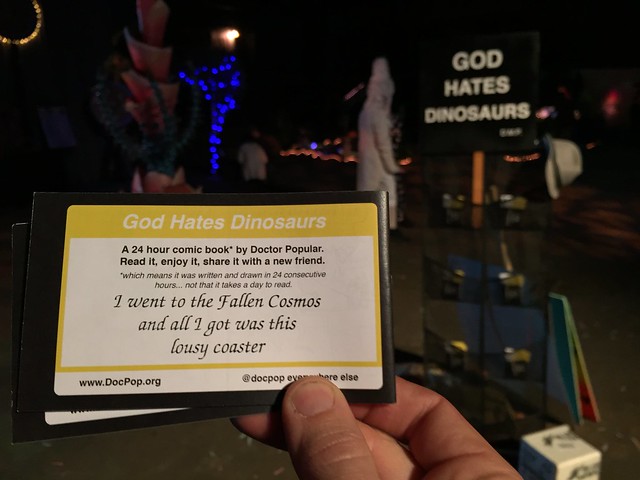