Here’s a weird wigglegram/cinemagraph/digital/analog hybrid I made with my buddy Shalaco. My wife refers to it as some “straight up Harry Potter shit”, which is better than anything I can think of to describe it.

This piece was created using with 6 frames of Impossible Project film, the Seene app, and an Instant Lab. Here’s a little walk though of the process:

I started off using an app called Seene to shoot the the main image of Shalaco on the stairs. I’ve written about the app previously here and here. The way Seene works, you basically shoot video and the app reconstructs the image as a 3D model, with your image mapped on top of it.

I exported the Seene as video then divided it up into 6 key frames. I used the Glitch Wizard app to find and export the key frames as images, but that could have been done in Quicktime or many other video apps. 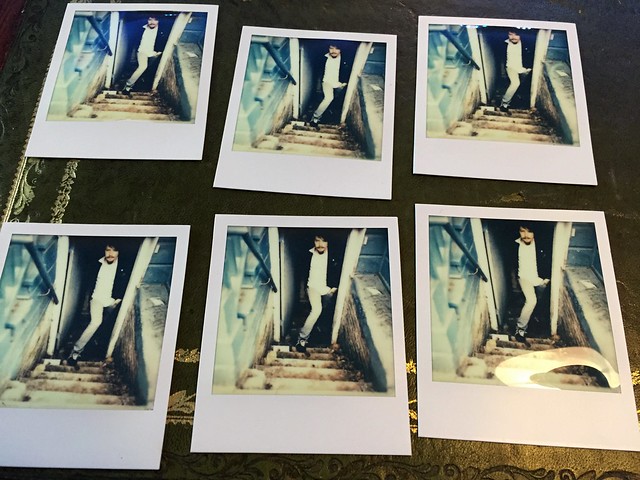 Once I had my 6 frames, I used an Instant Lab to transfer them onto Impossible Project film. I’ve shared some previous Polaroid projects here and here. My next goal was to create a stop motion video where it looked like you could see “into” the Polaroid photo as I pivoted it around in my hand. I made a quick mock up on my iPhone, but once Shalaco and I tried recreating we noticed it was just too hard to get it too line up consistently for the effect to work.

After several attempts at doing a hand held shot, Shalaco brought out an old Polaroid and set up his DSLR across the table. I kept still, as Shalaco delicately cycled which of the 6 photos was in the camera at a time.

The last step was to take those 6 final shots and line them up in Photoshop. I copied one of those shots and made it the top layer, with an added mask so that when the scene animates, nothing changes except for what’s coming out of the Polaroid for that frame. Which is what gives the image that cool cinemagraph look. 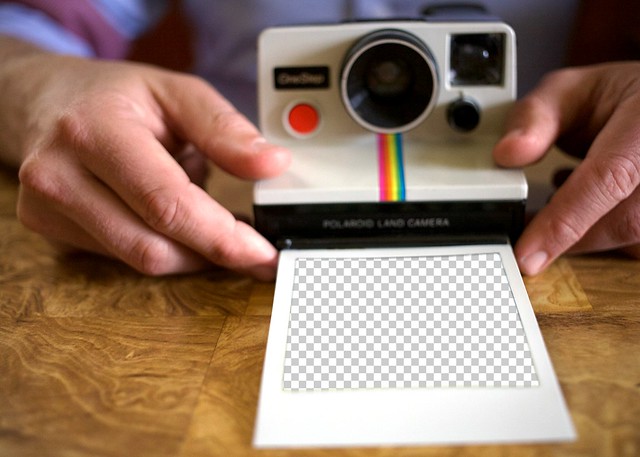 This whole thing started off with a fun shot in a weird 3D app and several months later turned into a cool gif and a fun excuse to make some art with a friend.