5 years back, I attended one of the 1st Lost Horizon Night Markets in SF and blogged about it here. What’s a Night Market? A bunch of artists build unique experiences in the back of rental trucks and bring them out for strangers to play with. I was hooked from the start and couldn’t wait to do my own LHNM truck some day.

After years of talking about it, I’m proud to say it finally happened… thanks to a ton of help from volunteers and friends. The idea for Truckr, was born out of hanging out with friends and making up terrible ideas for start ups. So I thought it would be fun to take that experience and turn it up a notch, with a mix of written gags and plenty of improvisation. 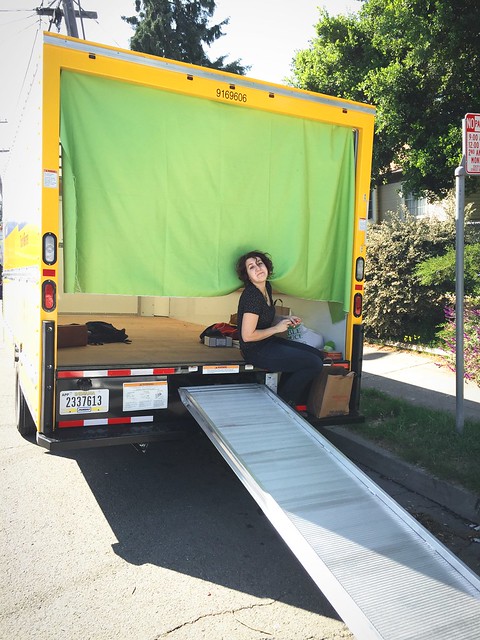 I got around 9 volunteers to help put the piece together. The actual construction of the piece was fairly minimal cimpared to most of the others, so it was easy to just pull up to the Night Market and get things going. We had a red carpet on the ground and treated the folks in line as if they were investors waiting to get in to the Truckr launch party. While they waited, we offered complimentary thumb massages and artisenal hand-cranked phone charges. 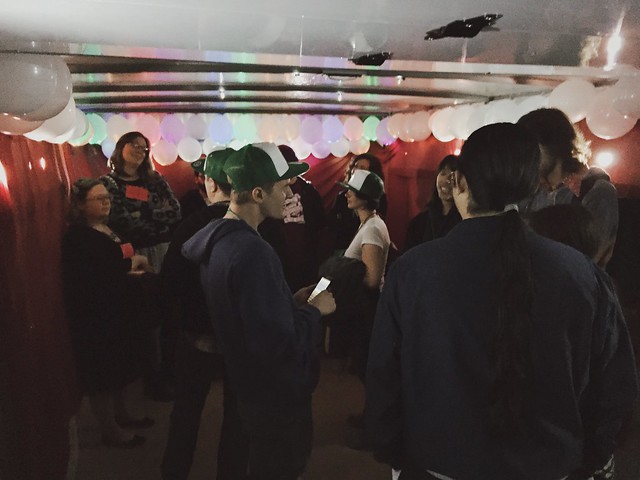 Once they entered the truck, usually in a batch of 9, they were immediately accosted by founders who would go into their pitches. We had faux-companies such as Toastio, WhatsAppApp, and CoatCheck. It was like speed dating in hell.

Truckr is proud to introduce Toastio, the biggest thing to happen to bread since slicing. pic.twitter.com/hkgvqLL6Oo

One of my big goals was to keep groups moving quickly and I think that, when combined with the number of weird app pitches and gags, was just enough to leave people wanting more. I’m really appreciative to everyone who helped pull it off and I’m super stoked to have finally done an art truck of my own. Next time, Christine has a truck she’d like to do, which sounds fun.