Sweet Ride is an endless skate game I’m making with some friends. You can see all previous updates here.

I’ve been busy redoing the street scene and creating a bunch of new assets and obstacles. I’m working with trixel art and usually do all my designing in one overly busy street scene. I decided to export that scene as among file and was happy at the response. Bonus, it just happens to be perfect wallpaper for a smartphone. 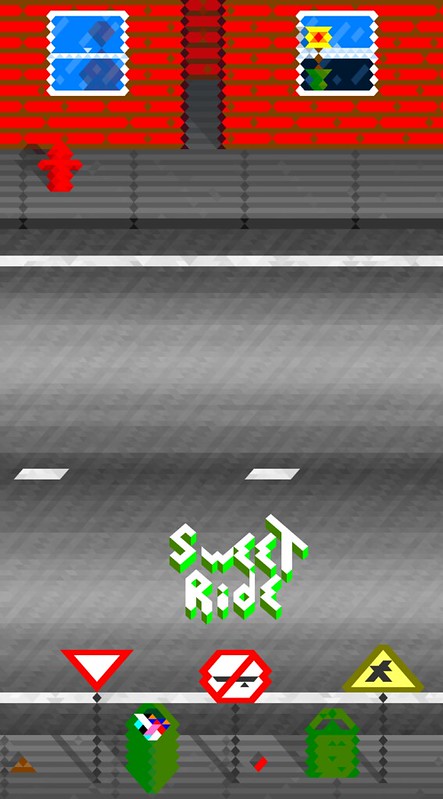 Jon has been experimenting with various camera angles. The game is a top down game, but we’ve been trying out different cameras and techniques. We’ve noticed that the scenes look amazing from a more side on angle (where you can see more of the sidewalk and buildings), but the gameplay really suffers. Not sure if there’s a way to show more vertical assets, while keeping the camera pointing straight down. Here are some screens 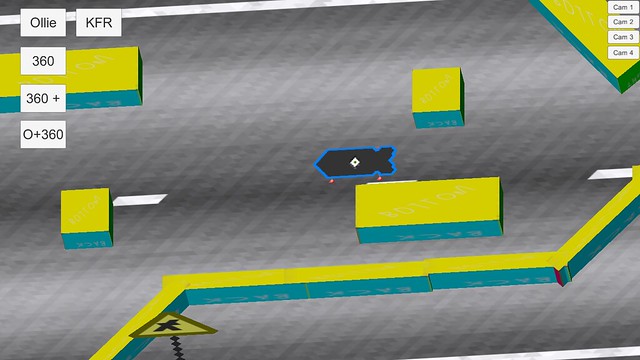 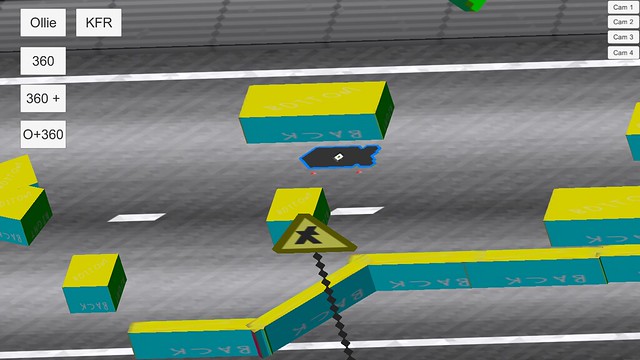 Rob has been working on the controls. My original pitch for Sweet Ride pitch was for a multitouch game, but Rob thought it would be cool to see how the game works as a single finger game (which would be easier to play on the bus). My hope is that the final version of the game will be able to be played single finger, but the player can add their second finger to turn the board at any time.

Next up we’ll work on more street assets and tweaking the controls.

One response to “Sweet Ride update #2”