I’m on a flight back to SF from Austin and had a random thoughts to share. For the past 8 months I’ve been contracting a couple days a week with Torque Magazine and WP Engine, who are based in Austin. Last month they officially brought me into the company as a creative content strategist. So I flew in this week for New Employee Orientation.

Austin feels like a smaller version of Nashville, which is the city I grew up in. The weather felt similar and both cities share a similar mix of modern architecture. Stylish skyscrapers, historic old bars, lots of live bands playing along neon lit streets. Another small thing I noticed around Austin: it feels like the city was designed before skateboards. You know how just about every handrail, marble step, and public bench in SF have little bumps to discourage skaters? There’s so many awesome skateable places in Austin without any of that. I didn’t see a lot of skaters there though, maybe the cops are real dicks to skaters there? 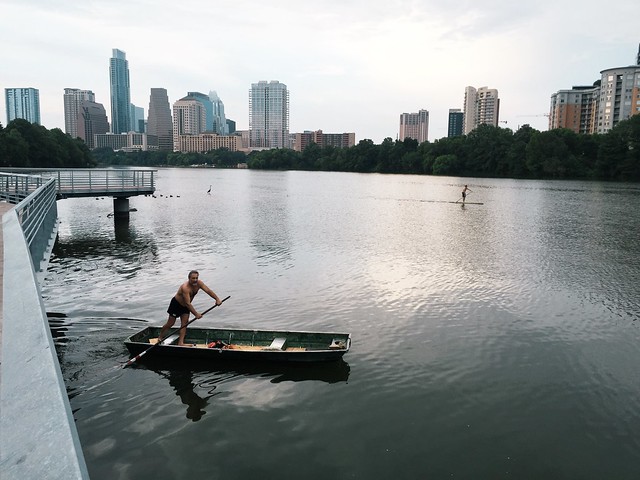 I rarely travelled outside of downtown other than to visit the town’s two small climbing gyms, so I’m not going to pretend I experienced the true Austin experience. As I walked around the city I was surprised to see how late and loud the live music scene goes. At around 11pm on a tuesday night I counted 20 live bands performing in just 4 blocks. 20 frakkin bands! Holy crap, right?!

But then I realized these bands all had that exact same country rock sound. From bar to bar it pretty much sounded the same to me. Many of these bars just had someone with an acoustic guitar and a drum machine performing Taylor Swift and 90’s pop rock covers. I’m sure there are some amazing electronic producers, rappers, and experimental musicians in the city, but when people talk about Austin’s amazing music scene, I think they are referring to the +40 bands that fill the downtown bars each week.

To be fair though, the very first person I met with in Austin was a chiptune musician with an amazing collection of instruments.

Oh yeah, I bought my first C64 from a cool dude named Dirk. It’s all modded out with an lcd screen, seperate audio lines, lfo controls, and circuit bent glitches. I’ve been getting the funniest looks all day as I haul this Commodore around the airport. I had this fantasy that I’d set it up in the hotel room and crank out lots of new jams during my trip, but I was just too damn busy eating, sleeping, and editing to get that done. 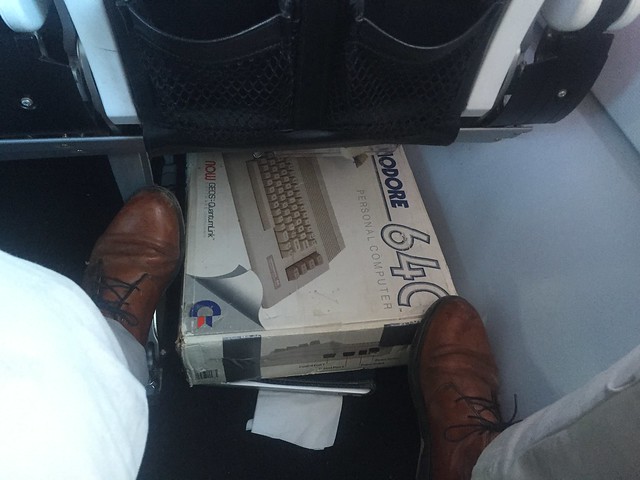 My favorite bbq joint in Austin is probably Iron Works. It’s only a ten minute walk from my hotel downtown and the plates weren’t to pricey. There are a lot of famous bbq joints downtown, but most were just out of my range ($18 a plate). Iron Works is a pretty solid place to visit if you are in town. It’s not just “good for the price”, it’s actually good. The decor reminds me a lot of the restaurants I’d visit in Tennessee too. 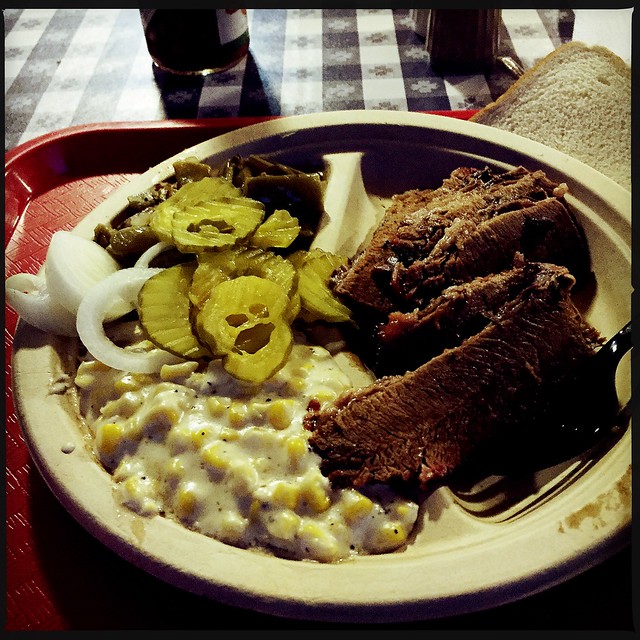 My orientation was nice. I’d already been working with the company for nearly a year, but it was great to dive in deep to the culture here. As a content person, I’ve been tasked with learning a whole bunch of new (to me) tools like Illustrator, InDesign, AfterEffects, and Premiere. I typically break out into hives when I even think about learning new tools, but this has been really great so far. I get lots of leeway with my designs, which means I get to have a lot of fun making them. The company is growing fast and if I ever have a question, there’s often someone there that can help me out with whatever I’m stuck on.

In the position I’m in I see plenty of room from growth and I’m ready to take advantage of that. I should have learned Illustrator years ago, but I’ve literally anything I could do to get around using it. Now I’m all about optimizing my workflow, spending the time to learn my tools in advance, to make work easier later. I obviously spend most of my time working out of the San Francisco office, but I’m really looking forward to visiting my Austin co-workers more often… so I can pick their brains and learn all their secret techniques!!

The DEPLOY-O-FROM 9000 is a recent hackathon project that shows deploy status real-time internally at @wpengine. pic.twitter.com/Az8AdUc25o

As part of the hiring process, all new employees are required to tell their most embarrassing story to the entire company. I told the story about getting stuck in an skateboard bowl in Minneapolis on my 25th birthday and having to be pulled out by a bunch of 14 year olds.

For serious though, if anyone reading this would like to know more about working at WP Engine, hit me up. At this stage I can particularly recommend it to anyone who is interested in growing alongside a booming company. In the past 8 months there’s been a non-stop need for more and more talented people to step up within the company. Endless possibilities as they say.

Austin is definitely a culture of drivers, though they do have plenty of bike lanes, and some amazing walking areas downtown. Yesterday I walked a couple miles along the river, watching birds and bats, and sweating profusely. Along the side of Iron Works BBQ is a subtle entrance to Waller Creek. Waller is a small creek that cuts through the city and feeds into the river near the convention center. The plan is to make Waller a model for how urban planning and nature can come together and I’m ridiculously excited about the plans I’ve seen so far. A series of small parks connected through a city on a pedestrian path? Yes!

There’s not much progress on Waller yet, but I’m really hoping to watch this project grow and grow as I visit the city in the coming years. It was at the end of one long hike along the river that I came across hundreds of people congregating under and on top of one of the downtown bridges. It was 8pm and they were all gathered around to watch the bats come out, so I stuck around to watch them too. You could hear the friendly chatter of the bats the sun began to set, then at around 8:15 they started coming out from under the bridge and took to the sky. Slowly at first, but soon a steady stream of millions of bats were in the air heading north along the river. It was amazing and I highly recommend it to anyone visiting. They have gotten pretty good at tracking what times they come out, so you could easily find that online. 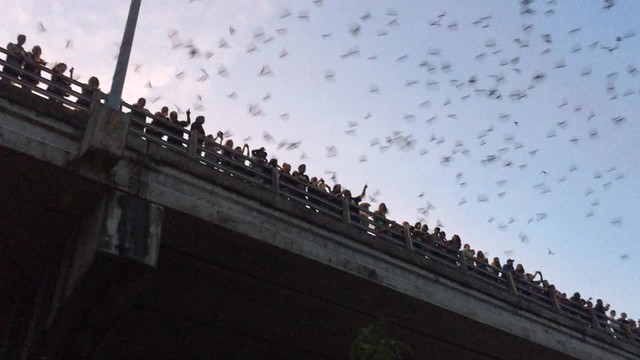 That’s it for my most recent trip to Austin. Now I’m heading back to my studio in SF to meet with my game dev team to work on Sweet Ride for 5 hours. I’ll probably spend the rest of my flight working on Sweet Ride songs or creating new trixel art for us to use in the game. Perhaps I’ll make some bat and taco sprites in honor of this week’s trip.

← Which hoverboard do you like best?
Closed Captioned Poetry →