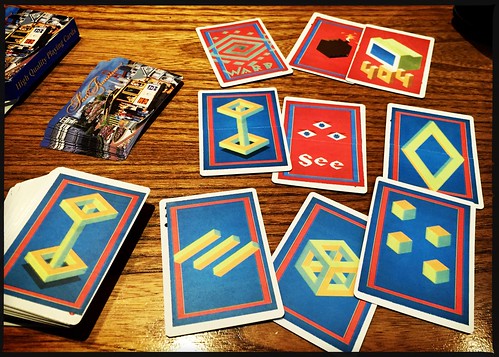 I started working on a new card game on Thursday afternoon and had a playable prototype by the end of the day. The game is called ROM and it’s a fun twist on the classic Memory game, but with power ups and other strategies. I created the art in Hexels Pro, doing my normal trixel art thing, then printed arranged the art on a 3 by 3 grid and printed it onto a couple of sheets of label paper using a cheap color printer. Later, I dropped into a Fed Ex/Kinkos and hogged their paper trimmer to cut up my cards. Using a $2 deck of cards from Mission St, I began sticking my art on to the cards. It’s perfect for playtesting. 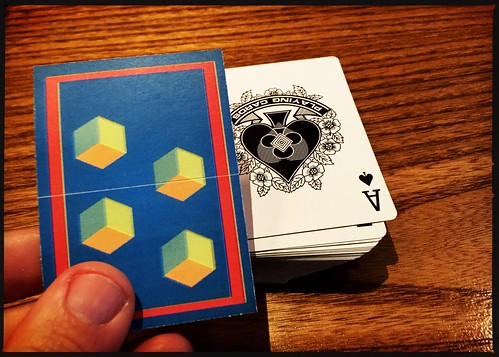 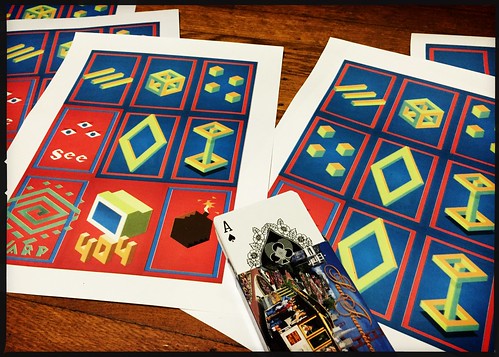 After doing a ton of playtesting over the weekend, my next step is to tweak the art a little more, then order a nice deck from GameCrafters. If I think folks really like the result, I’ll probably do it as my next Kickstarter project. I’ve been wanting to do a board game for a while.

← My workflow for creating gifs with trixels in Hexels Pro
Flipcircle, a new twist on the Gyroscopic Flop →