Last night, San Franciscan’s took the streets last night to protest Donald Trump. I caught up with the crowd a couple of times throughout the night and took a few photos. As the crowd was starting, around 5:30pm, I counted over 1,000 protestors on Market St. The group marched around the city a bit, then ended up in the Mission around 8pm. I couldn’t get a good count then, but it seemed like it may have been larger by around 500 more people (just a guess).

This was one of the largest protests I had seen in many years, but I have a feeling it’s something we’ll be seeing a lot of again for the near future. 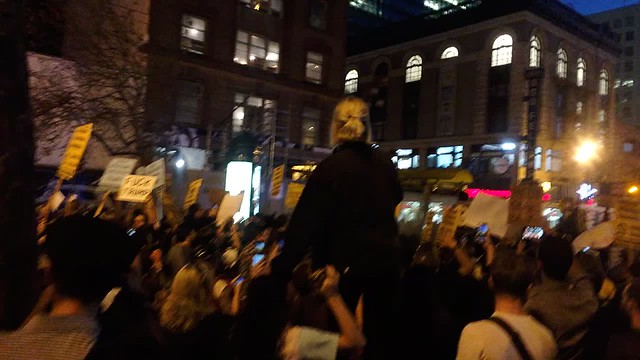 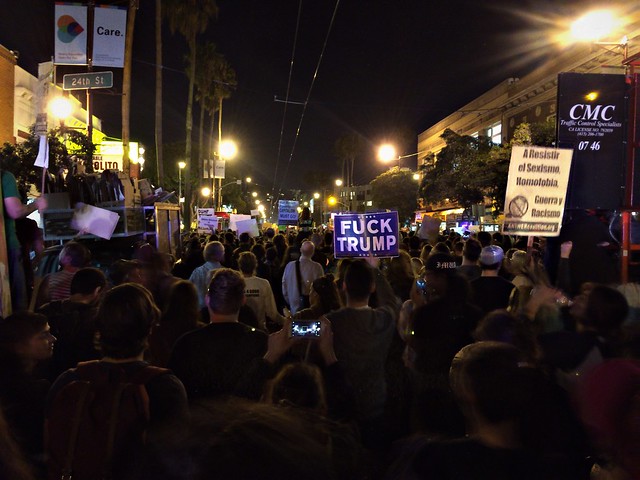 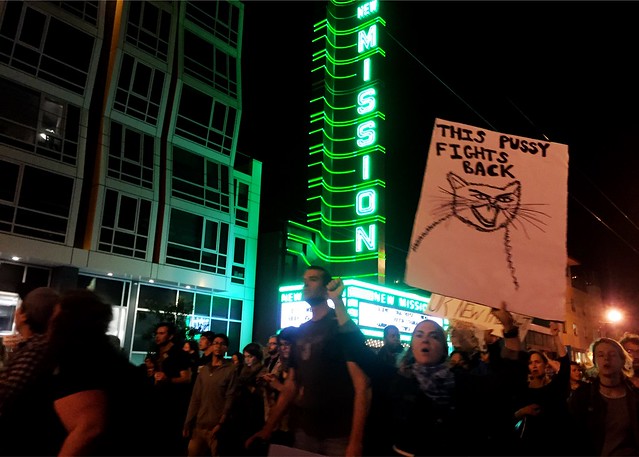 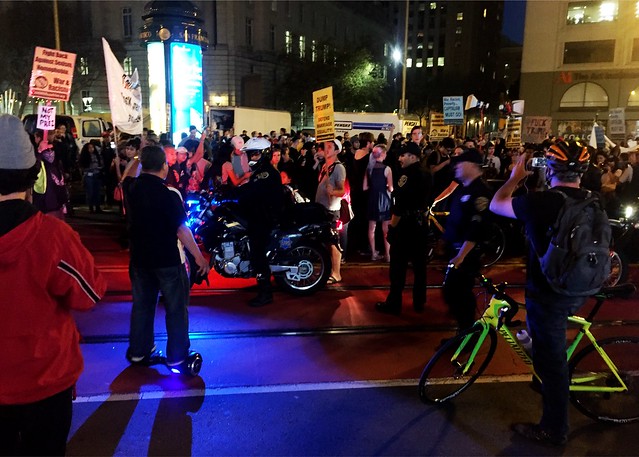 It felt good to see this protest happening. On Wednesday morning I started to feel more and more isolated from those around me. Half the country thought it was okay to elect this sexist and xenophobic man as the President. A man who has sexually assaulted women and spent his entire campaign making up lies whenever it was convenient. When I heard that 10% of San Francisco voted to #MAGA, I found myself starting to distrust those around me. On my morning commute I actually started looking at other white men on the train and wondering which ones of them thought the world would be better off with a climate-change-denier as president. I hated this way of thinking and noticed I was shutting myself from interacting with others.

It felt great to realize I wasn’t alone. I felt empowered and hopeful. It reminded me that the majority of Americans didn’t vote for Trump, they voted for Hillary. It reminded me that many other people are scared of this man and how his actions can undo all the progress our country has recently made.

I saw a bunch of friendly loving people, some great art, and a guy on a hoverboard rocking along with the crowd, which still makes me smile.

One response to “Anti-Trump Rally In San Francisco”