Making progress on The Lonely Dungeon

The Lonely Dungeon is a tabletop game I started working on a couple years ago. I cranked out most of the game in a single afternoon and have spent most of the time since then working on the rule book. The rules themselves are fairly simple, but communicating them on paper has been a huge challenge for me.

I’ve been working really hard on the game this past week, mostly making changes to the rule book, and I think I’ve finally got it down. I’ve been to 4 game dev meetups in that time and each playtest gets better and better. In fact, I’ve just placed an order for my second game prototypes! It was a lot of work, but I’m really excited about how much better these changes are for new players.

The current plan is to bring this new version of The Lonely Dungeon to Protospiel San Jose, where I’ll be demoing the game to players and publishers. Then I’ll make some more art changes and launch the game on Kickstarter in May (unless it gets picked up by a publisher before then).

I’m looking for some folks to help me test this new version of the TLD. If you are interested, I’ve put a few copies up on TheGameCrafter.com for you to buy. These are the current cards, tiles, and rules. This MIGHT be your only chance to get the game, and I could really use some feedback.

I’ve been testing TLD out at several local meetups, here are some pics:

This game is pretty cool! Single player rogue-like card and tile game in a small package. The spyglass is OP! https://t.co/n317l1Beeg 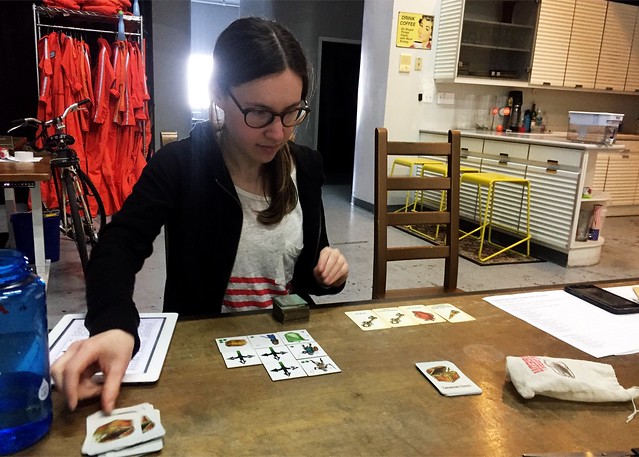 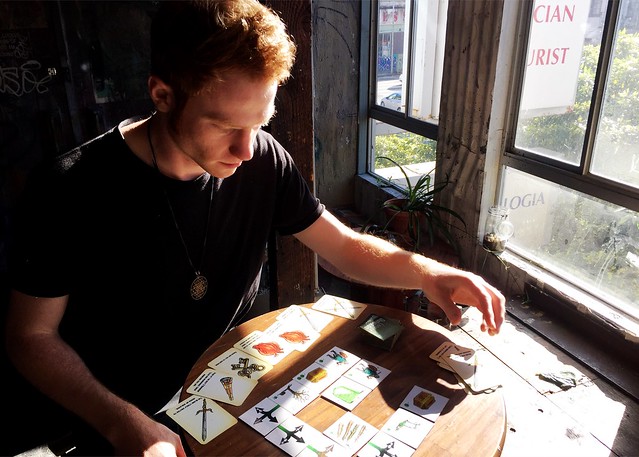 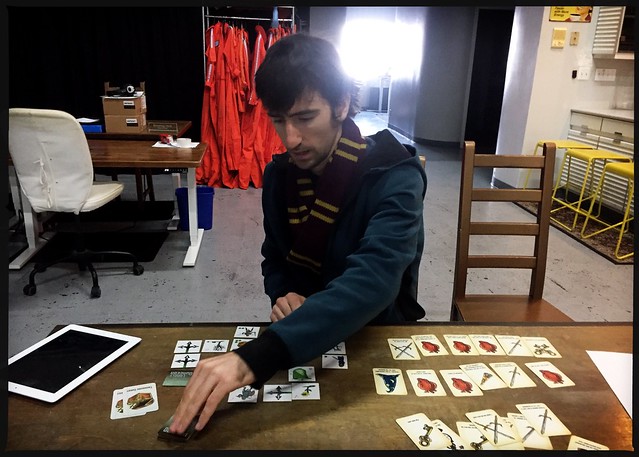