There’s no shortage of fun things to do in SF, but if you are a synthesizer fan (like me) there has been a lot of fun new things going on .

Weird Wednesdays at The Den

Imagine sipping on a tiki drink while a two piece noise/drone/psych band plays in San Francisco’s smallest bar. The place is next to WesBurger, so you can order the Chicken Of The Week Sandwich (usually inspired by another local restaurant like Mission Chinese or Lazy Bear) and have it delivered to The Den. Need a taste?

Imagine randomly walking into a 100sq ft tiki bar on Mission St and seeing a two person psychedelic drone band. “Weird Wednesday” is happening at The Den each week because SF is still rad. pic.twitter.com/C311DiUVrF 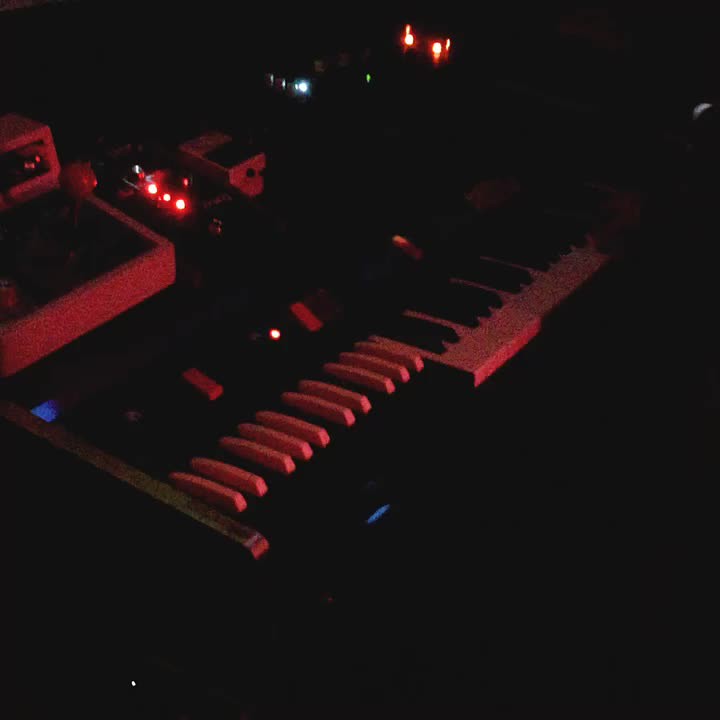 This happened on Saturday (April 21st) at the Little Spot Cafe on South Van Ness and 23rd St and it was awesome. Giotto’s Animus brought his modular synth rig and some speakers and played drone music on the sidewalk. Some friends and I grabbed a table and just made a bunch of art while listening to improvised synth music, it was dope!

We are having fun making things while listening to drone music. pic.twitter.com/AMKFTIGvxU